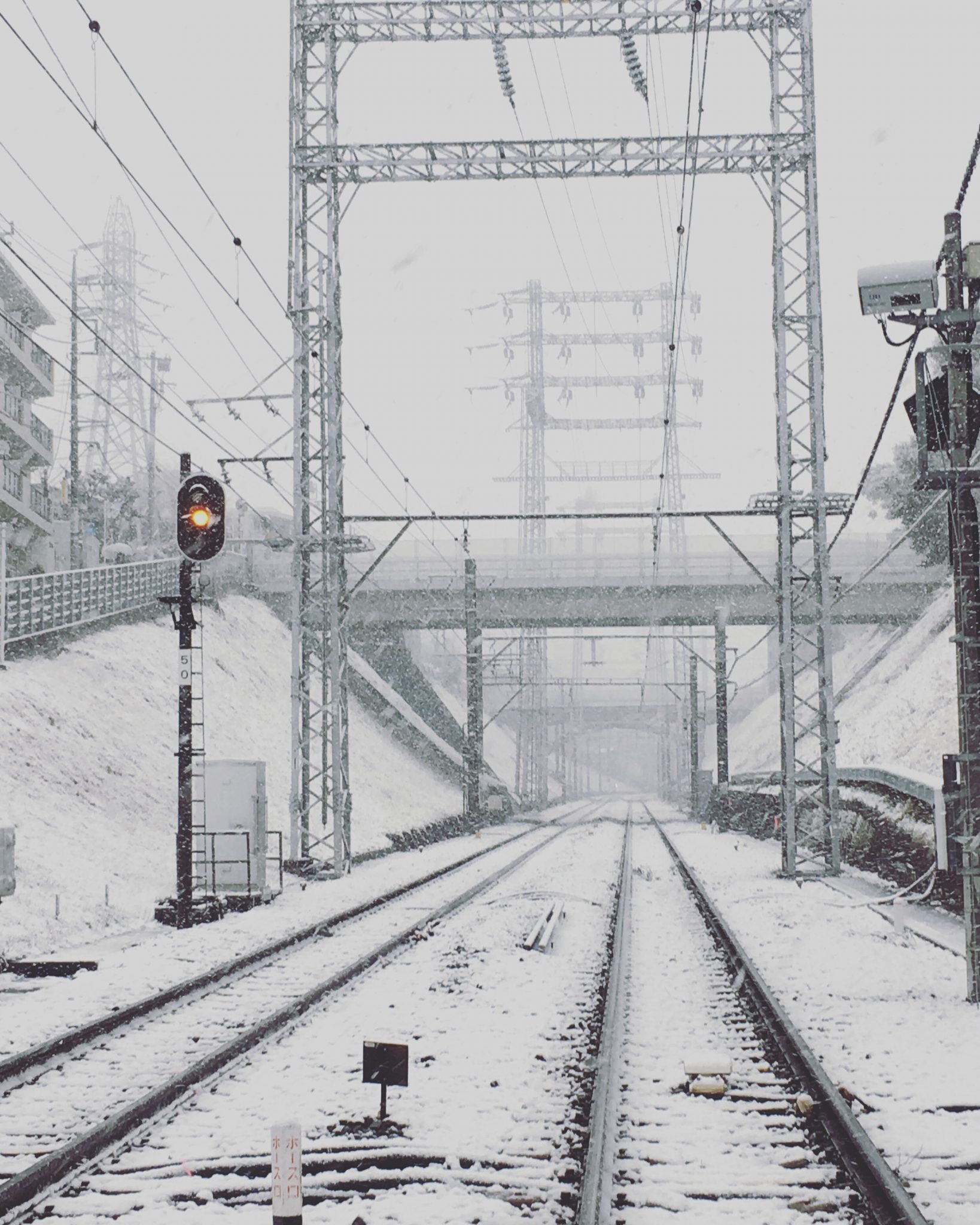 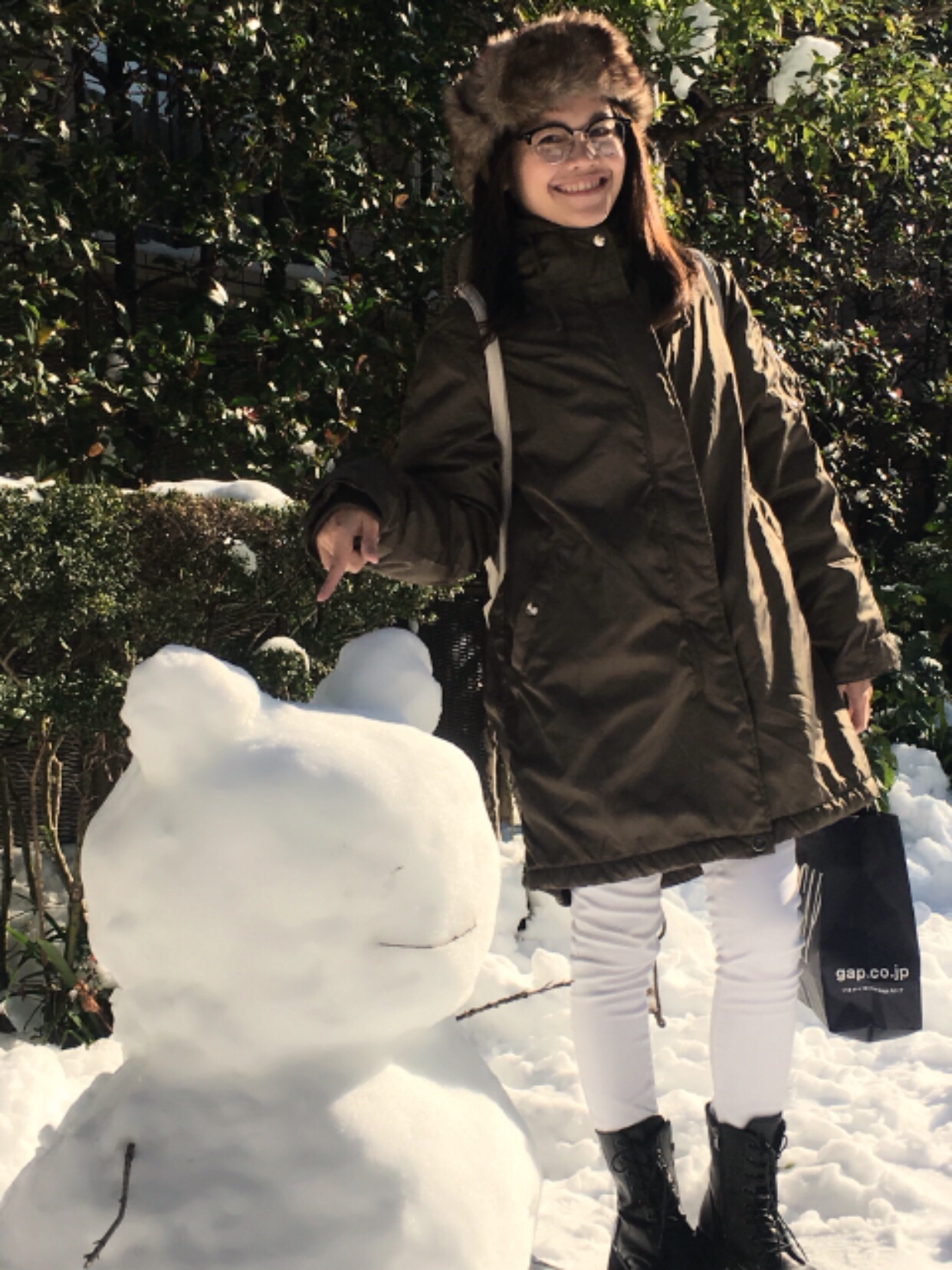 The fact that I hail from the Philippines which is a tropical country is a valid reason why I looked forward to seeing or experiencing the snow. They said that it rarely snows in Tokyo. Hence, my friend and I planned of going to Nagano Prefecture which is just a Shinkansen away from Tokyo. We’re supposed to go there on the first week of February. I’ve already checked hotels and tickets. A week before the plan, it was on the weather forecast that Tokyo would snow. I was ecstatic including my colleagues. Came Monday and we headed out to work expecting the snowy day. We were walking when suddenly it started to snow. Just snow showers and guess what I did. Oh well, as embarrassing as it was, I admit, I shouted “It’s snowing! OMG! It’s snowing! Snow!” Funny but would you blame a first timer? Haha! People looked at us with questions painted on their faces. But who cares? Haha.

While in the office, my mind was out somewhere daydreaming of the magic winter would possibly give. To be honest, I prayed that it would snow heavily and make the surroundings a winter wonderland. Answered prayer! When we went outside, everything was mesmerizingly white. I was in awe. And I let it go. I frolicked in the snow with my colleagues. We shouted, danced, took selfies and recorded live videos. It was damn cold but I was very happy. I almost cried. It was simply mesmerizing. I couldn’t believe that what I saw on glossy magazines and televisions was real, that I could touch it.

After work, I was more than surprised that the snow got heavier and the place was filled with thick ice. We put our bags aside and played. We played snow balls. We took more photos. Then it hit me. I suddenly felt that my hands were frozen. I forgot to wear my gloves! I actually didn’t expect that it’d be that heavy. I was just wearing my office shoes. My feet and hands were numb. Of course trains were delayed. I was exhausted! I had to run despite the slippery roads because my feet were already painful. If I had known, I could’ve worn my gloves, boots and winter bonnets! Nevertheless, my first snowfall was something worth the numbness of my feet and hands. Certainly a memory nobody can buy. Priceless. 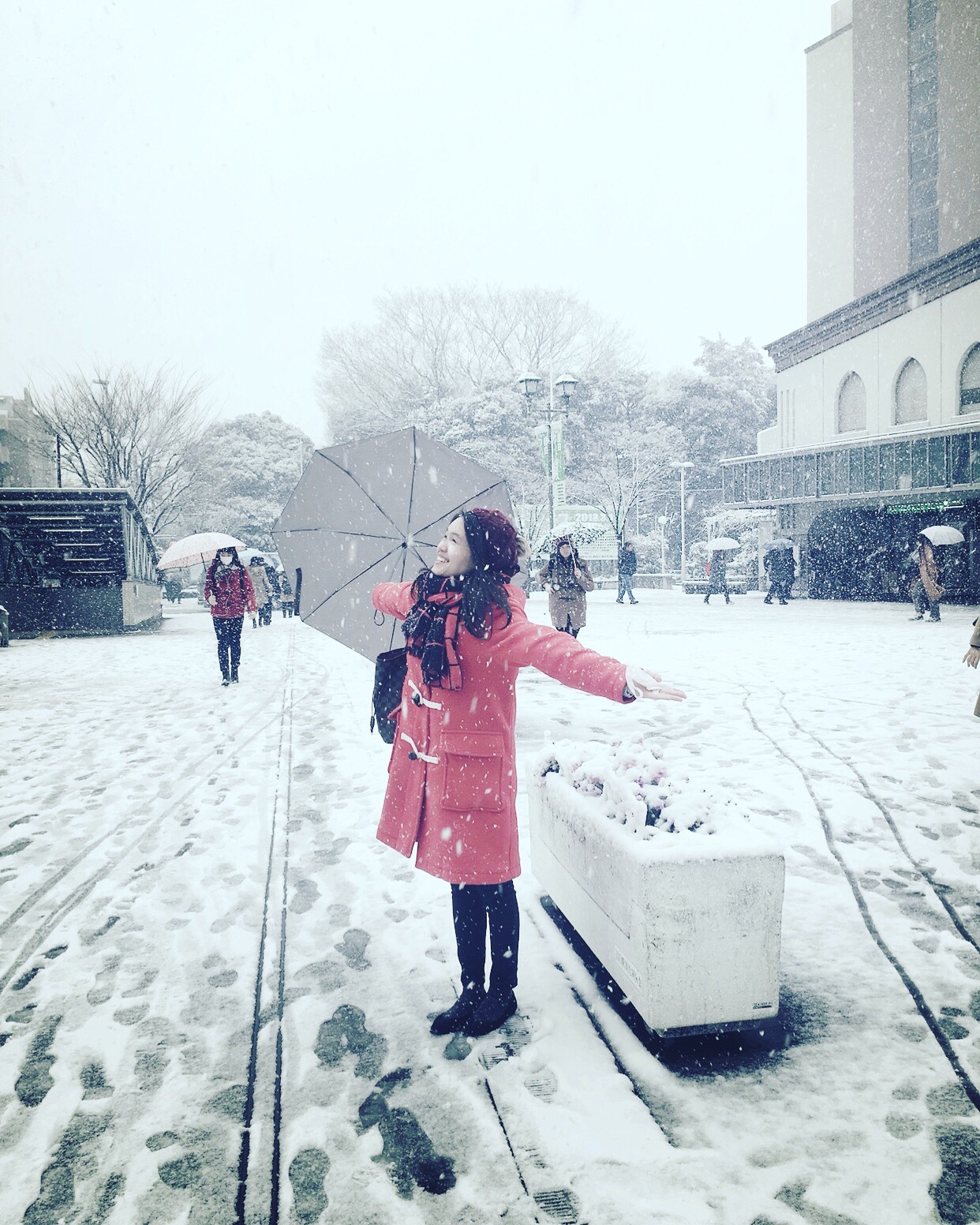 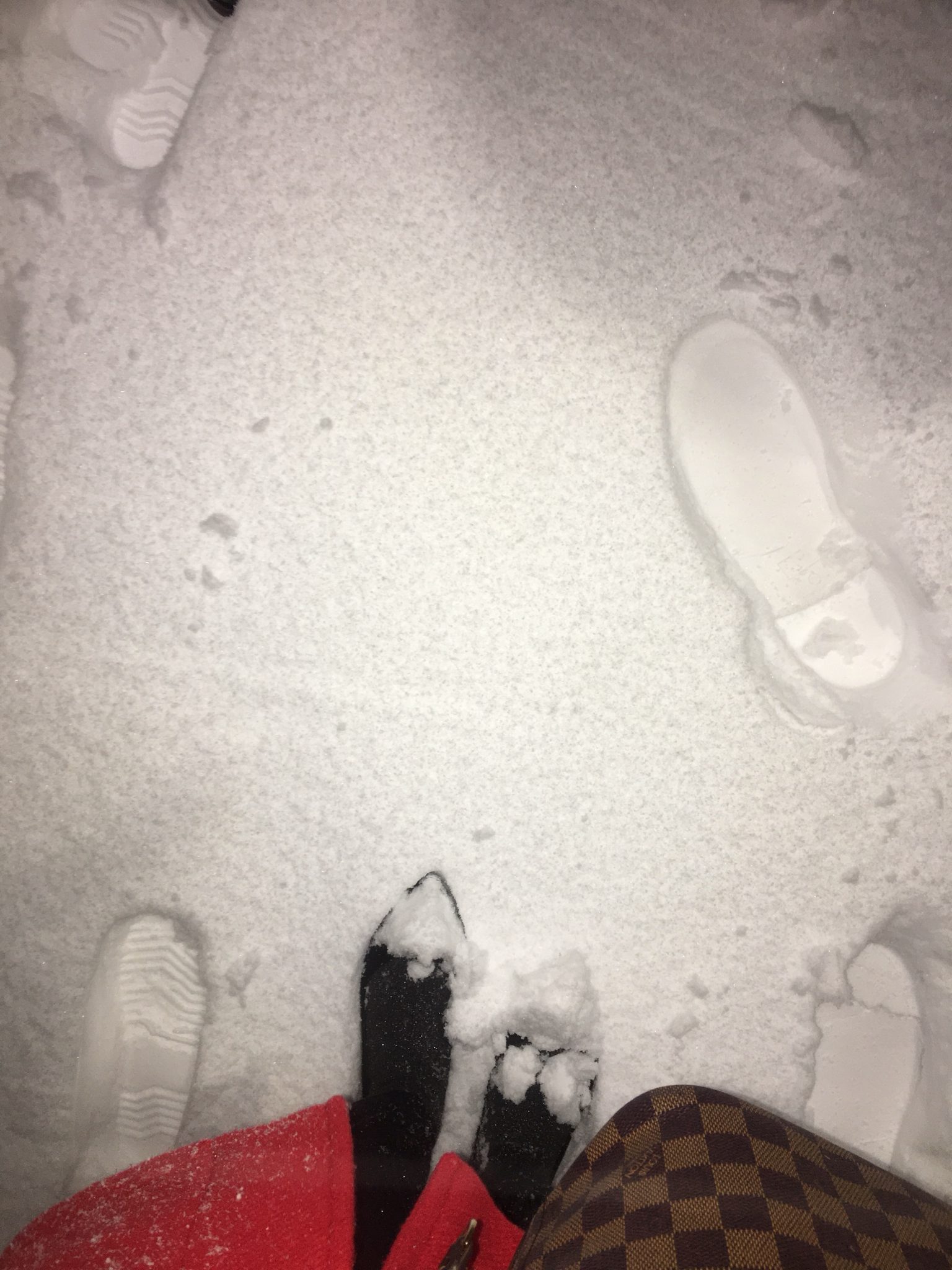 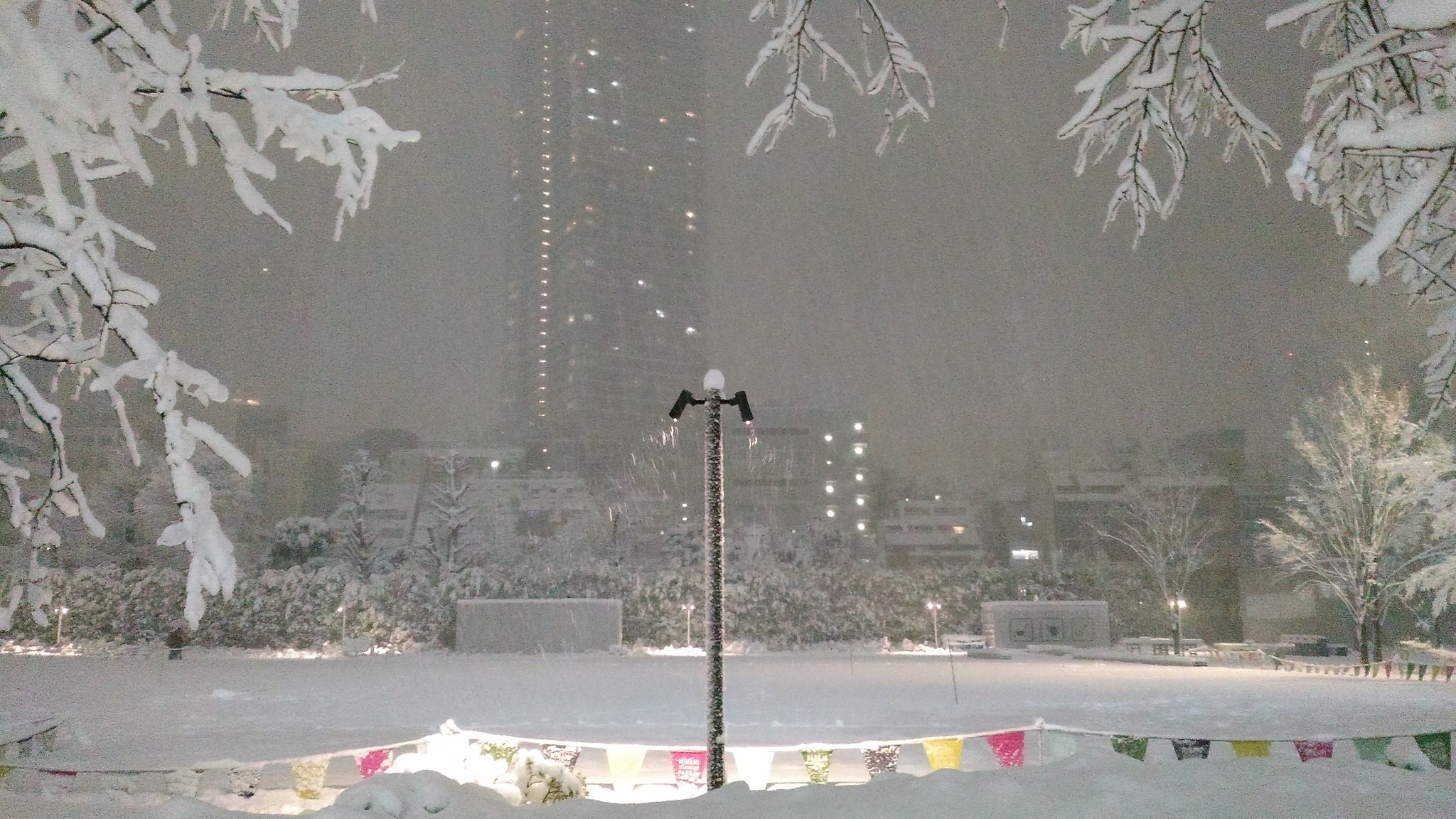 So, what happened to the Nagano winter escapade? We cancelled it because we thought that once is enough. Hehe. Winter is enchanting but troublesome most of the time. I hope that everyone will stay warm.